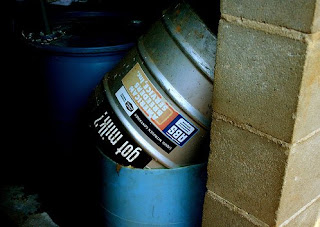 I’ve been a parent since 1982 and I have one teenager still at home. I've seen the pattern repeat, more or less the same: They nurse at their mother’s breast, they wean, they learn to eat vegetables, they end up teaching us about eating healthy/organic/vegan (true example: my daughter gave me the book, "The World's 150 Healthiest Foods"). They start out crawling, they learn to walk, ride a bike, drive a car. They begin in diapers, they toilet train. They go to preschool, kindergarten, primary, secondary, college, graduate schools—hopefully moved on and out of the house as self-supporting adults. But what if they don’t?
Just as there is a natural maturing process for how we deal with food as well as with many other parts of life, so there is a progression in the Faith. We begin with mother’s milk, but we certainly don’t end there. We are intended for maturity. If I were to go no farther, I might be viewed as a two-hundred pound oaf still trying to squeeze into a high chair. The image is incongruous—intentionally so. The message is—GROW UP ALREADY.
God wants to be like the empty-nesters we (eventually) will be, not the parent who is still doing the thirty-something’s laundry. Still involved in our lives, still loving us unconditionally, but also watching us stepping out faithfully in fulfillment of a loving parent’s hopes and dreams.
Milk may do a body good--but it can't stop there.
Posted by Saint Matthew's Devotion at 8:49 AM