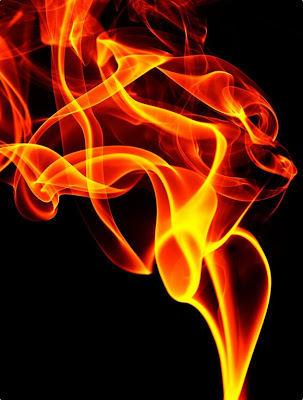 Saint Jude ... he makes it fast
Take a second and read his letter
Remember
It's just a few verses long -- so is this song
So pay attention

Whether we are in 'the last time' now, or whether that is an age yet to come, no one knows, and it doesn't matter. Our mission now as in the first century is the apostolic mission. We live, as they lived, in a world where lines are continually being drawn, literally or figuratively. Here is a news flash: the lines that divide us in so many ways weren't erased after election day. Sure, we've accepted democracy's verdicts (for the most part) but I still see candidate's signs on the parkway, and the bumper stickers haven't been torn off cars driven by the winning side (true for both 2008 and 2009!). The president has deliberated and sought a middle course in Afghanistan but both Left and Right are angry about it!

Jude wants those of us who are the beloved in the Holy Spirit to reach out, too, even while remaining mindful of the line beyond which lie (in several senses) the fleshly materialist scoffers. He cites three types of people that we must be mindful of:

1. The waverers. These folks are walking in Christ, but they have a tendency to stray across the faithful line. Have mercy on them.
2. The one-foot-in-the-fires. They have crossed the line, but are still reachable. Snatch them from the flames.
3. The almost-beyond-the-pale. They are out there, way way out there. But not utterly without hope. Even now we are to have fearful mercy on them--but ensure they leave their filthy rags behind when they cross back over.

Saint Jude ... is written down
I have found it ... here's how you get there
Remember That Revelation comes last ... right before that
Is Saint Jude's letter
So get it out and read again, Saint Jude, begin
Don't wait until Sunday School to learn it
For don't you know that old Saint Jude
He said -- we should
Contend for the faith, because it's permanent...
ApologetiX

As for the One who is able to keep us from falling--yes, he is able, and more than able, if we do our part--all glory, majesty, power, and authority, in our Saviour, Christ the Lord. Amen.
Posted by Saint Matthew's Devotion at 7:43 AM