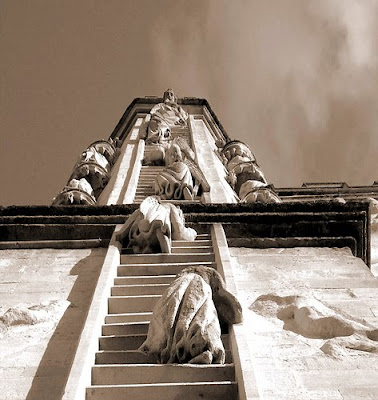 “By faith Jacob, when he was dying, blessed each of Joseph’s sons, and worshiped as he leaned on the top of his staff.” Heb 11:21 (NIV)

Jacob: it’s all in the name. His name means “schemer.” He was a guy who always had an angle. He cheated his own family out of birthrights, inheritances and land. But here he is in Hebrews 11, commended for his faith! Jacob was the man who wrestled with God. Jacob wrestled his way to a great faith.

There were actually three phases to Jacob’s life. His early life was lived in the scheming phase. We can understand this. America is a nation of schemers. He spent his life trying to earn for himself what God wanted to give him as a gift. Then, after years of scheming and at the edge of disaster, came the wrestling phase. It lasted only one night but it changed Jacob’s life. He had a wrestling match... with God! When Jacob wrestles with God three things happen:

He brings him face to face with who he is: Jacob, a schemer. Jacob had to admit to God what he was really like. It's not that God didn’t know! He wants Jacob to confess the truth about himself.

He brings him face to face with who he can be: Israel. God changed Jacob’s name to Israel, the man who would become a nation. He was the bearer of God's promise and his descendants would be as the stars. I think we have too many “Jacob's” and not enough “Israel's.” Too many who can tell God what’s wrong with them but haven't finished the story. What’s God’s new purpose for your life?

He brings him face to face with who he can't be. Jacob tries to wrestle with God and win. Bad idea! God leaves him with a limp Jacob, who lives the rest of his life with a physical reminder of the fact that God is the boss. That’s the third phase, the limping phase. Jacob's limp was an every step reminder of his need for God.

Family Discussion Question: What is it in your life that reminds you of your need for God every step of the way?

Children’s Activity: Put a small pebble in your shoe and try to walk across the room. Remind your children that since a little thing like a pebble can hamper us we should never pretend that we are so smart or strong we don’t need God.

Listen! Jacob's Name is Israel
[ApologetiX]
Posted by Saint Matthew's Devotion at 4:59 AM